Two Drums, One Guitar and a Full Dance Floor

So I did something last Fall that I’ve never done: hit the road with 2 drums and 1 guitarist. He happened to be LandStar Recording artist Adam Fears, who has had 3 top 20 singles on the Texas Country charts, along with video play on GAC, CMT Pure and ZUUS Country. He’s a songwriter and lead guitarist, so the guy has some skills. It was a mixture of acoustic shows, club dates and radio shows. We had never gone out just the two of us, and frankly, decided to do it to make more money. I used the Ludwig Breakbeats basswood 16″ bass drum. As a smaller size, it’s a higher voice that’s more in line with percussive accompaniment. I took a deeper World Max snare which gave me the flexiblity to have a warm backbeat, a good tenor tom sound, or pull the muffling off and bring the Bonham! (We actually played a Zeppelin medley.) Other than that, I just took hi hats, a handheld tambourine and a shaker. I was pleasantly surprised in two ways:

First was the creativity. I found myself changing up the parts I normally play on songs he & I have played together, some for almost 10 years. Since I had to use the hi hats as ride and crash, in addition to their normal role, I found myself scouring every inch to find as many sounds as I could. Ditto the snare drum. Head>rim>side of the drum. I even rode on the bass drum hoop a few times. Wire brushes>blasticks>rods>sticks, sometimes within the same song, not only for different timbre, but for better dynamics. I had a snare height level case set up on one side of me, a music stand on the other, and just kept picking up and laying down what felt like an array of different paintbrushes within every song. As Adam would go from rhythm to lead on the acoustic, I’d adjust accordingly. 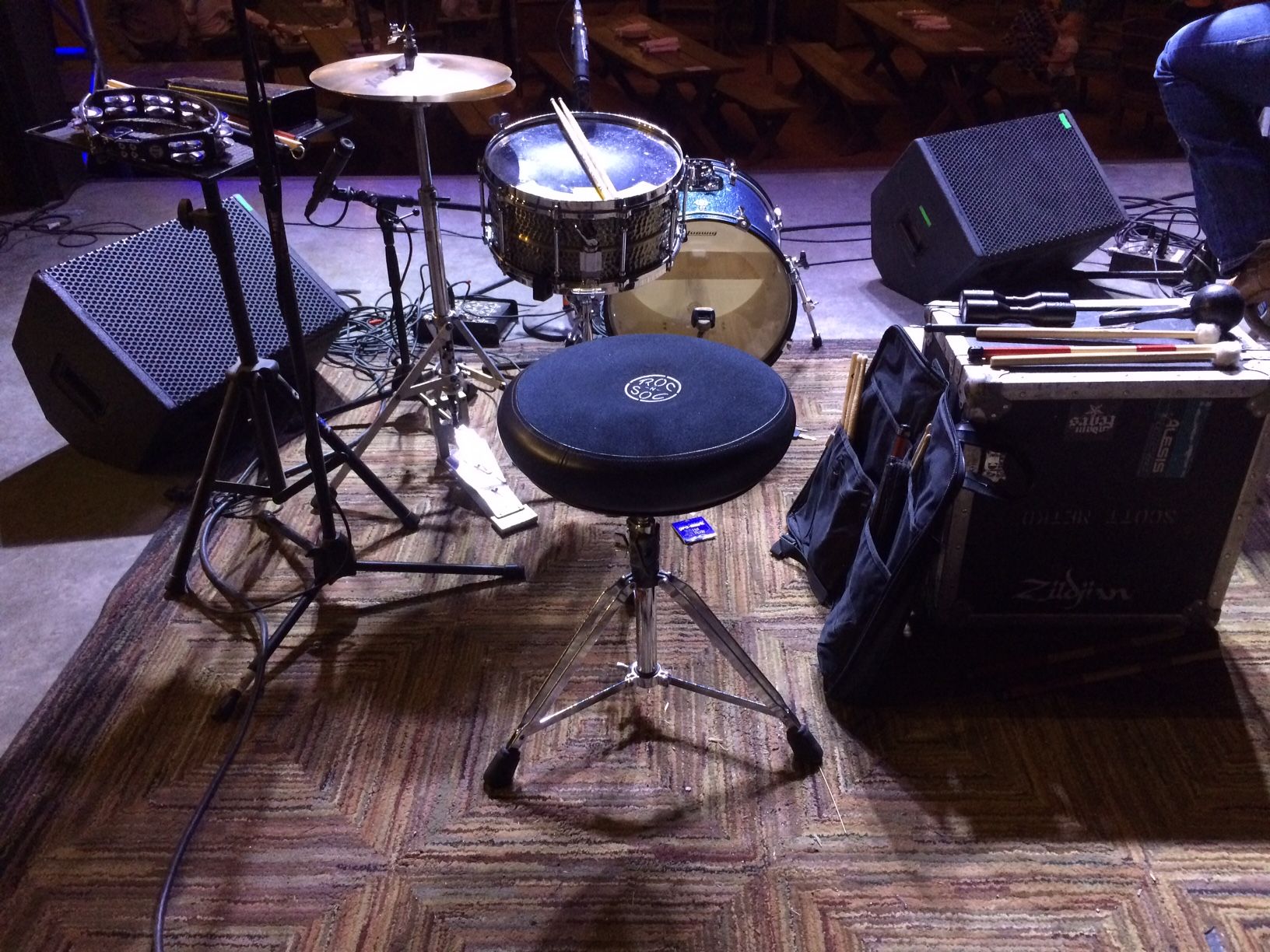 I’ve played with Adam for years, and know his originals and covers inside and out. I believe very strongly that supporting musicians should sing back-up if they are able, so we also had strong 2-part vocals on everything.

The second surprise was how well it was received. Here we are in major markets of Texas, like Fort Worth and Dallas. These are musically literate areas where they know good music, and will let you know when it’s not. In a support role in the packed Whiskey Girl Saloon in the Stockyards and headlining a weeknight show at The Rustic in downtown Dallas, we received the same result as a full band: full dance floor & attentive crowd. I heard more compliments on my drumming from the crowd at Whiskey Girl than any other time we’ve played there. It was almost as if people were surprised that everything they just heard, came out of 2 drums, 1 guitar and 2 voices.

So Why Should You Care?

I live in and work out of Nashville TN. There are so many comments in online chat groups, where players are looking for work, or lamenting on how hard it is to find or keep work. It occurred to me after getting back from this little tour, that we succeeded because we were open to all possibilities. We made more money because we were two piece. We started out with two weekends of work. I booked the remainder of the routed shows, so we could stay out there for two full weeks.

Depending upon the act I’m playing with, I may earn a commission on booking the shows. I might manage the merch and get a cut of those sales. Sometimes I’ll autograph old sticks and sell them at the merch table. My friend Phil Potor sells autographed drum heads. You have old heads; would you rather toss ‘em or autograph and sell ‘em at the merch table? 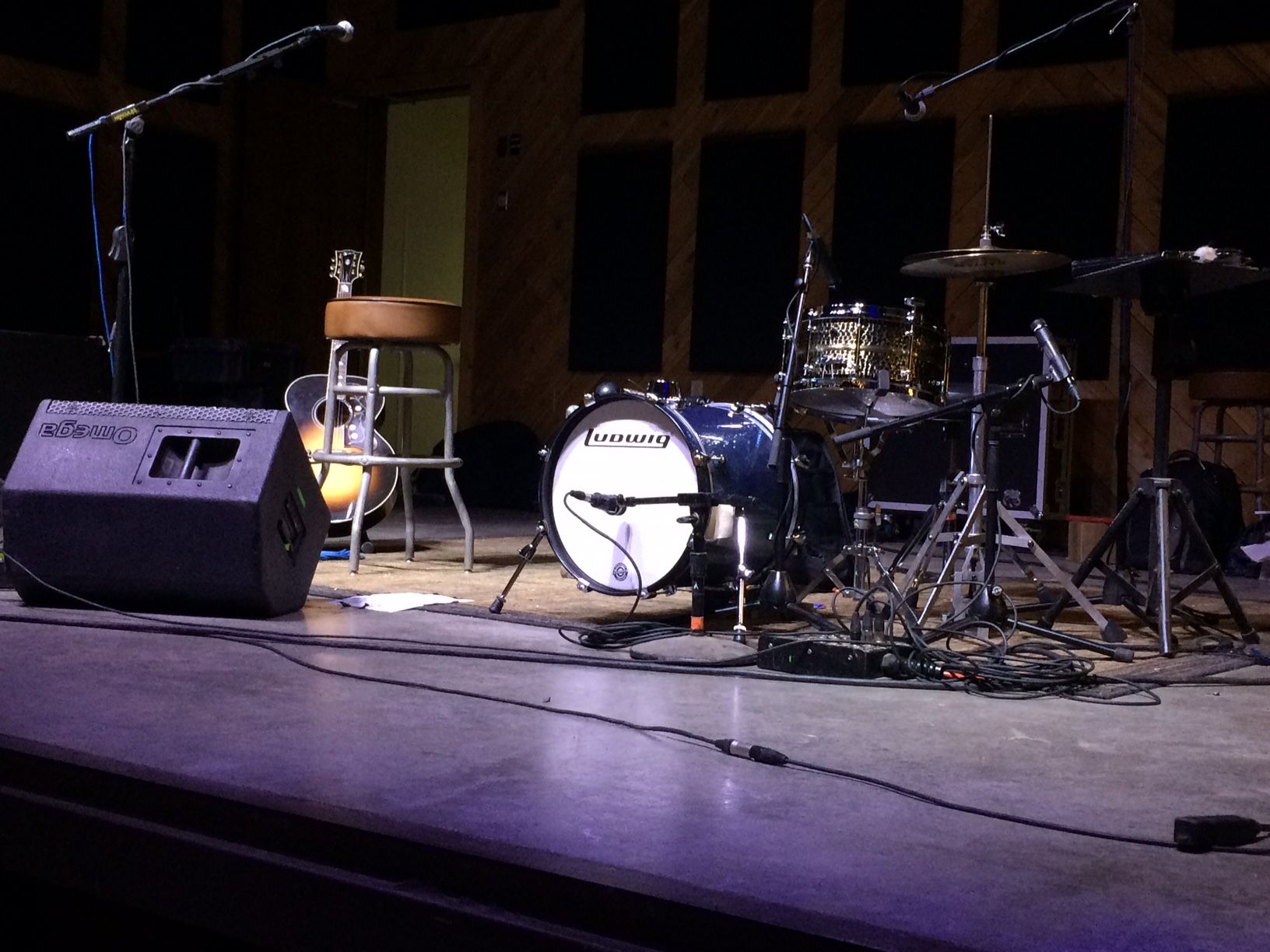